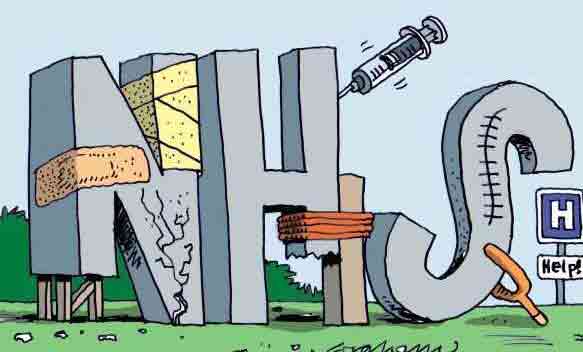 IS IT TIME YOU SET UP PRIVATE HEALTH INSURANCE FOR YOUR FAMILY?

Health service has to find £22bn in efficiency savings

Plans are being drawn up that could result in cuts to NHS services across England.

But the Nuffield Trust think tank said while STPs could lead to fundamental changes, many of the plans do not meet the financial targets set by the government.

She told BBC Radio 4’s Today programme: “A key concern is why it hasn’t been this transparent up until now. These plans are due to be signed off this October – a matter of weeks away.”

The STPs are being drawn up by local health and social care leaders, who were asked to find potential savings and efficiencies at the end of last year to meet financial targets set out by the former Chancellor George Osborne and NHS England head Simon Stevens.

38 Degrees uncovered many unreported draft STPs, including plans for the closure of Midland Metropolitan Hospital’s accident and emergency department, the merging of two of the area’s three district general hospitals and the closure of one site.

In the area of Leicester, Leicestershire and Rutland, there are plans to close acute services from one of three hospitals.

There are also plans to put GP surgeries under review because of a shortage of funding.

A draft plan circulating among NHS managers in West Yorkshire reveals proposals to close the equivalent of five wards in the Leeds Teaching Hospitals Trust.

In a blog published on the Nuffield Trust website, its head Nigel Edwards said in some cases large numbers of patients would have to be shifted into community settings to make room for growing demand, while in others up to 20% of beds may be closed.

The role of community hospitals is being questioned and the number of mental health inpatient sites could be reduced, he added.

An NHS England spokesman said the NHS is looking to make major efficiencies and the best way of doing so is for local doctors, hospitals and councils to work together to decide the way forward in consultation with local communities.

“Proposals are at a draft stage but we expect all local leaders to be talking to the public and stakeholders regularly – it is vital that people are able to shape the future of their local services. No changes to the services people currently receive will be made without local engagement and, where required, consultation,” he added.